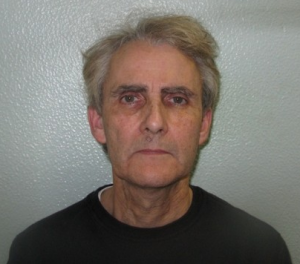 David McMillan, part Brit, part Australian, billed as the only foreigner to have escaped the Bangkok Hilton, has been jailed in Britain for six years after being caught with heroin he imported from Pakistan.

He was jailed at Croydon Crown Court earlier this month where naturally enough he was called an ‘Orpington’ man by the local newspaper.

His arrest never made the nationals in the U.K. or the national press in Australia where his drugs smuggling life was recorded in the 2011 Australian telemovie: Underbelly Files – The Man who Got Away.

In fact I can only find it in places like the SE London and Kent News Shopper – a give away, and, thanks to a reader,  The Australian Times’, a paper for Aussies living in London.

Escape: The True Story of the Only Westerner to Ever Break Out of the Bangkok Hilton details his notorious 1996 jailbreak in Thailand from Khlong Klem Prison Lard Yao. The term the ‘Bangkok Hilton’ is of course an expression used by the media to describe any prison in Bangkok.  Bangkwang where all the drugs lifers go is better known as the ‘Big Tiger’.

McMillan,56, was born in Britain. His father was a well known television executive, but the family emigrated to Australia.

I found him, or rather he found me, when he went to live in London, after his escape from Thailand, and after a notorious period in Pakistan.  He was safe in London. He could not be extradited.

Back in Thailand I got a photographer to take a picture of himself the day Pavarotti’s death was reported to prove he was in London on that date.

It seems a few more years in the business or perhaps living in London aged him considerably.

He certainly does not look like he has been living the high life in his police mug-shot.

It also seems now that McMillan’s escape was not as sensational as it appeared at the time he revealed it and stories of foreigners walking out of Thai prisons appear to be common. Might look at that sometime.

If information I have received is confirmed, over a three year period some 17 foreign prisoners, mainly on drugs charges, were released,  or spirited out of, Nong Plalai prison outside Pattaya.

But that, according to sources, has been expensive.

The One Who Got Away – The Nation