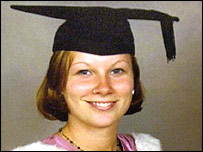 The death of a backpacker

Tomorrow will be the 10th anniversary of the murder and rape of backpacker Kirsty Jones, aged 23, in the Aree Guesthouse in Chiang Mai.

Even though Thai police, together with the help of Dyfed Powys Police, have the full DNA profile of her killer no progress was made in finding her killer, although a number of false arrests were made along the way.

Former British Prime Minister Tony Blair in 2007 announced that he would do everything possible to bring the case to a satisfactory conclusion.  But it never happened.

The only reason to get a semen sample would be to plant it in the crime scene. There are many ways of getting DNA. Chiang Mai police wanted to close the case quickly, but they could not do because of the uproar.

It seems impossible that police in Chiang Mai cannot find a match after all these years. I am not the only person who believes that several people actually know who Kirsty’s killer is.

At the time of Kirsty’s murder the DSI was not set up. Had they been set up as a totally independent unit this should have been a case for this type or organization.

I can only hope that with the passage of time somewhere, someone will now come forward with information that can bring this case to a close.

‘I am always optimistic. It’s a waiting game. It’s been a long time, but we have the DNA and that’s where the answer lies,’ Kirsty’s mum Sue Jones told the BBC today.