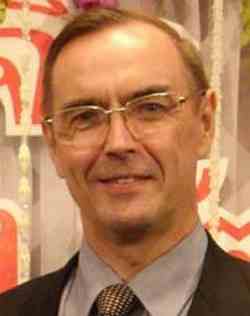 A British academic, who faced physical attacks, verbal abuse, and debilitating legal actions after exposing the director of Thailand’s National Innovation Agency as a fraud, was today vindicated after a four and a half year battle.

The chief of the agency responsible for innovation in Thailand had in a bare faced and unethical way simply plagiarised others to get his doctorate, a University council has now ruled.

Now Supachai Lorlowhakarn is expected to resign his post as the man in charge of the Ministry of Science and Agriculture’s National Innovation Agency. Innovation, it seems, got the better of him.

Wyn Ellis, 54, an agricultural consultant from Swansea, Glamorgan, said he had tried in vain to stop the NIA’s director from copying his UN/ITC report “Strengthening the Export Capacity of Thailand’s Organic Agriculture” but was ignored.

Despite Mr.Ellis’ complaints Supachai Lorlowhakarn was awarded a research doctorate by Thailand’s top University and rose to be the top man in an agency set up ‘to promote innovation culture and create awareness of innovation at all levels of Thai society’.

“The University Board has now taken into consideration all the facts and has concluded that the thesis is not in accordance with university regulations,” adding, “it is also in breach of academic ethics”.

Wyn Ellis complained that Lorlowhakarn had copied outright some 80 per cent of his paper.

After making the complaint he was unsuccessfully sued for criminal and civil libel in nine cases by Mr. Lorlowhakarn and on two occasions had bricks thrown through the windshield of his car as he went to court to defend himself.

Dr. Ellis, who studied at Reading and Oxford Universities said in Bangkok today:

“This is the end of  four and a half years of indifference, obstruction, duplicity and sloth.

“I am glad the language of the announcement is strong.  For exposing the truth I have been put through the wringer. I have received verbal abuse.

“I have had bricks thrown at me, and big agencies have been reluctant to employ me because I became a hot potato

““Whilst I am relieved that my allegations have been finally upheld, several questions remain. The first is regarding the role of the academic advisers, who to my knowledge have not been investigated despite the university’s promise to do so.

“Secondly, it is now incumbent upon the Thai Journal of Agricultural Science to immediately retract a paper based on the plagiarized thesis.

“Its refusal to act upon prima facie evidence is reprehensible, and is compounded by baseless personal attacks made against me by TJAS’ Editor-in-Chief. “

Mr. Ellis is a research consultant at Chulalongkorn University, Bangkok. He has conducted assignments for among others, the Food and Agriculture Organization of the United Nations, the UN International Trade Centre, the Asian Development Bank, and Britain’s Overseas Development Institute.