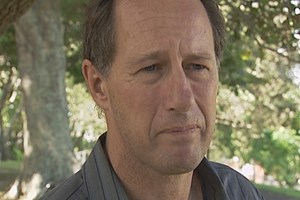 FROM ANDREW DRUMMOND, BANGKOK
March 31 2011
The father of a 23-yr-old New Zealand woman who died in hospital in Chiang Mai after being taken seriously ill in a city centre hotel is launching a website to warn travellers that Thailand is no real paradise.

Richard Carter, father of Sarah Carter said: ‘We just want to make travellers aware of the real risks and that they are going to a country with low health standards and with a high criminal element underlying the society.

‘We do not want people, young an innocent like my daughter, walking into a situation thinking it is a paradise on earth only to find there are more subversive elements beneath the surface,’ he said.

His daughter Sarah Carter was taken ill on February 3rd with two friends while staying at the Downtown Inn in Chiang Mai. Sarah died, as did a Thai tourist guide staying in an adjoining room.
Thirteen days later an English couple, George and Eileen Everitt, aged 78 and 74, from Bolton, Lincolnshire died at the same hotel, allegedly having simultaneous heart attacks according to the Thai authorities.
The relatives of two other foreigners who died in Chiang Mai, Soraya Pandola, 33, from Berkeley, California, and Bill Mah, 59, from Edmonton, Alberta, who used the Downtown Inn swimming pool, are also seeking answers from Thailand’s Ministry of Health. A French woman is also confirmed to have died during the same period.
Speaking to Larry Williams of Newstalk Radio in New Zealand Richard Carter said that in addition to the deaths in Chiang Mai he had found five other cases. They are believed to include two women who died in a guest house on Phi Phi Island, Krabi Province two years ago.
‘The common element is a cover up and the attempt to keep these cases from greater exposure’. In these cases the afflicted families also had problems getting answers, he said.
He added that the deaths in Chiang Mai were beyond coincidence and thought there may well be probably a toxic element involved. ‘But we do not know yet to be honest and that’s the big difficulty we face’
Of this British couple he said: ‘That death is just a joke. How often does that happen? Two people having a heart attack at the same time – it’s almost impossible to image.’
Mr. Carter said that the health authorities were being pushed in Thailand by New Zealand’s Department of Foreign Affairs and Trade but he sensed a move to try and blame the food vendors around Chiang Mai’s night market.’
Newstalk Interview
www.thailandtraveltragedies.com