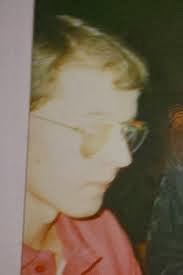 Two days ago the London Daily Mail reported the arrest of Stuart Green, 47, from, Eccles, Manchester, for the murder of a prostitute known as ‘Nari’ in Phnom Penh late last month.

But today the Phnom Penh Post is reporting that a body found with its throat cut in another Phnom Penh guest house is 70-80 per cent Green.  The family are aware of both reports.

The intial Daily Mail report is based on what a poster wrote on the Phnom Penh forum Khmer440.

Phnom Penh authorities on Monday found the body of a foreign national they believe could be the suspect in the brutal murder of a young Cambodian woman found in a guesthouse last month, municipal police official Mom Sitha said yesterday.

Sitha said the body was found without identification in a guesthouse in Phnom Penh’s Daun Penh district, where the man had apparently smashed a window, then used a shard of glass to cut his own throat. Police, he added, believed that the man is British national Stuart James Green, the prime suspect in last month’s killing.


Police said the guesthouse owner reported that the room had been rented by a friend of the man at 3am on January 5, but that the friend had left soon after.


Sitha said that the British embassy was investigating, but an official there said yesterday that the embassy was not able to comment at this time.