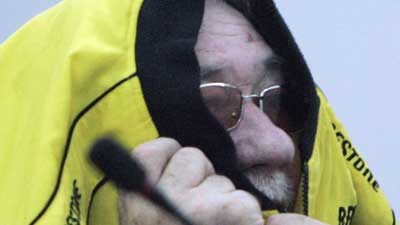 ANDREW DRUMMOND, BANGKOK,
June 20 2012
A Briton, who was accused of child sexual abuse in Thailand, then acquitted at a trial in Bangkok, is suing the Serious Organised Crime Agency for damages after successfully taking action against the SUN newspaper.

George Stanley Gibbs was deported from Thailand on visa irregularities but was acquitted of child sexual abuse.  He sued the SUN and is understood to have received a £70,000 pay out. He is now suing SOCA, reports the Press Gazette in London.

Gibbs, a retired musician, says The Sun wrongly claimed he was a paedophile after SOCA supplied the paper with his name and passport photo.

The article led him to fear for his life, he says, claiming the false allegations had caused him distress, anxiety and humiliation.

News Group Newspapers (NGN) later accepted the allegation was untrue and agreed to publish a correction and pay the damages to Gibbs. He is now wants to make a statement in open court claiming SOCA breached his human rights.

Gibbs, 67, now living on Merseyside, was targeted in  a world-wide operation against child sexual abusers and put under surveillance in Pattaya.  SOCA was working with the Thai Police Women and Children’s Department.

Two Swedes were arrested at the same time.  In this case Warina Punyawan the editor of the Pattaya Daily News reported some Machiavellian activity surrounding the bailing of one of the defendants involving alleged cash payments to a judge. The activities behind the scenes, said, Warina, cast a ‘cloud of collective gloom’ over the Thai justice system.

The Press Gazette reports that SOCA replied to his solicitors in March 2012 saying he had recently been charged with possessing indecent images, and querying how these criminal proceedings would impact on his civil claim.

“Gibbs says he had not been charged with any offence, and that the suggestion he had been was extremely upsetting and distressing. SOCA, he argues, has never apologised or retracted the allegations,” reported the Press Gazette.