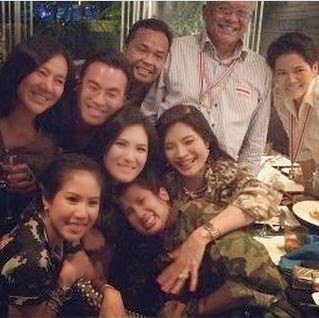 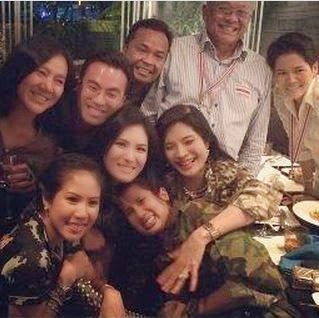 I have for the last couple of week’s tried to restrict my
output on the Thai coup to the airwaves in Australia, the U.S., U.K. and Ireland,  This is mainly because I do not want
to write a story for the foreign press and find that a sub-editor has added a mischievous
couple of paragraphs.

But what has fascinated me more than anything is the
propaganda war going on and the political point scoring. The hundreds of
speculative articles interest me not.
In the main the western press has taken universally, not surprisingly,
an anti-coup line, while the reds, yellows, UDD amnd PDRC, continue to
squabble while not realising how much they have in common.
Some anti-coup protesters rant on about human rights in Thailand while
of course seemingly little concerned about historic human rights abuses in Thailand –
particularly when it includes third country nationals, and the right to a home.
The pro-coup protesters think they have won without realizing
that if the army has to achieve its goal they themselves will have to be the subject
of some radical military cuts. At the moment people are eyeing just how the
impartial the army is going to be. But actually the army has to be ‘partial’
first because it sees its immediate role as getting rid of the ‘Thaksinistas’.
Now while the western media are going on about tense
situations etc (I believe I have been more tense coming out of Baker Street
underground in the London rush hour) most of Thailand remains unaffected apart
from the still restricting curfew – (but it seems that is also a tourist
attraction as backpackers store their beers by the day and revert to having
guest house parties at night)
But in the meantime it is a propaganda war and in the
absence of violence most of the foreign film crews have of course packed up and
gone home.
Here meanwhile are some high and low points for the military in the propaganda war: 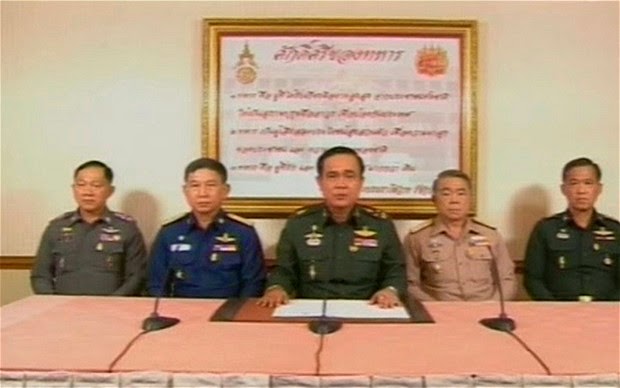 LOW POINT: General Prayuth goes on television stony
faced along with senior military officers. Visually this made it look like a
traditional South American coup and guns were going to be coming out and shots were going
to be fired. Military music on blacked out television did not help. Foreign
film crews are on their way.
HIGH POINT : The coup leaders promise to pay the rice
farmers what they are owed and order that it be done within 15 days. 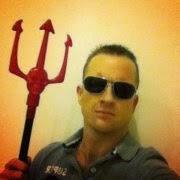 LOW POINT: Andrew McGregor Marshall goes on SBS television in Australia and describes the generals as ‘dinosaurs’ quite incapable of controlling the internet and the flow of news.
HIGH POINT: The New York Times reports on how internet savvy the coup leaders actually are. Facebook goes down for a while ‘by mistake’.
LOW POINT: Pheu Thai MP Chaturong surrenders at the FCCT to
troops amid the full glare of the foreign press who go on to demand his release. Some Thais however see this as merely a stunt because the FCCT is about the only place one can hold a press conference nowadays. 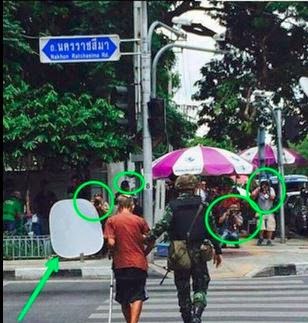 HIGH POINT : Lots of pictures of troops with flowers and a
widely syndicated picture of a soldier helping an old lady across the road.
Facebook also full of selfies of handsome soldiers with pretty girls.
LOW POINT ARMY: The full crossing the road picture shows
that the picture appears to have been orchestrated – but soldiers have been ordered to continue helping old ladies across the road.
Possible photo opportunity coming up with a tortoise.

HIGH POINT: Newspapers run stories about Pheu Thai Cabinet Ministers in
custody drunk and gambling and fighting over a 4 million baht debt somebody has
accrued playing ‘Hi-Lo’.
This was a classic which, while not backed up with pictures, confirms what many people believe and want to hear about Pheu Thai Cabinet Ministers. Great photo op missed if this did in fact happen. Probably worth sending in a few more bottles of ‘Chivas’. 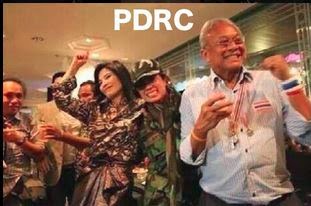 LOW POINT: PDRC boss seen partying in an expensive French
restaurant in Thonglor with supporters dressed up in military uniforms suggesting
perhaps that nobody is taking seriously the murder charges being brought
against him and they have too much money for their own good.
This is however defused by the Army which announces it is organising reconciliation parties and fairs across the country. And the Nation newspaper leads on a picture with an army rock group jamming in Pathum Thani. No red shirts in attendance though it seems.

LOW POINT: The Thai Embassy in London writes to the School of Oriental and African Studies asking them to abandon plans to have a meeting to discuss the Thai coup. The Thai Ambassador is recalled from London.
HIGH POINT: The Thai military reels in a number of out of control senior police officers, many of whom are notorious for their shakedowns.
LOW POINT: International financial pundits and magazines forecast Thai financial crash.
HIGH POINT: Stock Exchange of Thailand gains points. Financial pundits say no depression.

All in all on the international level the anti-coup faction is winning hands down. Pictures published daily of protesters gagging their mouths and demanding the military get out certainly give the impression of a widespread anti-coup movement. This is only partially offset by the appalling English they use.
But within Thailand it is a very close run propaganda war. And correspondents at the moment are hard pressed to find some serious physical abuses by the military – even if they have taken away the right to free speech.

FOOTNOTE: Sky Television anxious to get a local British slant to the coup called up the Foreign & Commonwealth Office and British Ambassador Mark Kent, to conduct a local interview. The Ambassador duly sensibly obliged and duly gave a short interview advising British tourists where to go and not to go and tactfully laid down H.M. government’s line. The FCO duly came back to Sky to tell them that they could not interview the Ambassador.  By this time of course Mark Kent’s gems had gone to air. Things must be tough at the FCO if they cannot even trust their own Ambassador.