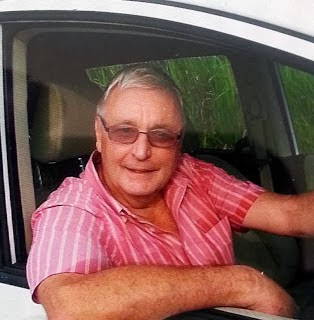 A British suspected paedophile, who was arrested in connection with the attack on a 14-year-old boy while on bail for child sexual offences and then bailed again, could be prosecuted in the United Kingdom using extra-territorial law.


Andrew Tracey, 65, from Wickford, Essex, is believed to have fled Thailand and may in the meantime by living in Cambodia. Anyone who comes across him should report him to local police and if you wish, here too.

Tracey appears to have led a charmed life in Pattaya having been arrested on three occasions and even obtained bail while in Nong Plalai Prison. He was arrested in February last year on a charge of abusing a 15-year-old boy and again in May, when he was arrested for the attack on a 14-year-old boy on a building site in Bang Saray, near Pattaya.

He had apparently bought the boy a mobile phone, but the boy did not answer his summonses. Tracey was arrested after another Briton, Lee Booty, from Bethnal Green, London, saw the attack from his car and drove to interrupt it.

Booty was at Sattahip Police station and said that he was surprised to see Tracey released so quickly after paying, what he was told was, 300,000 baht bail.

Sudarat Sereewat of the Coalition to Fight Against Child Exploitation which monitors police activity in relation to child abuse cases said:

“If Tracey returns to Britain he can be prosecuted there under extra-territorial law. There have been several successful cases and we have flown witnesses to Britain before. I will be talking to officers in the case. British police can request the appropriate files from the  Office of the Attorney General.”

The officers who made the original arrest came from Chonburi Region 2 Women and Children Protection Department. It is not clear how Tracey made bail so quickly at Sattahip.

Lee Booty, who lives in the area said: “He packed his bags and was off within a couple of days.”


CAMBODIA: Unconfirmed reports suggest that Tracey may have entered the Kingdom of Cambodia.