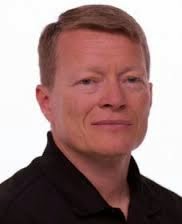 ‘THOSE WHO DID THIS TO ME SHOULD GO TO JAIL!’

A perfectly respectable American who was framed in Thailand on paedophile charges has been acquitted of all crimes and asked to return to pick up his bail.

(Name redacted), who has since lost his job with a Japanese multinational company sub-contracting to the Electricity Generating Authority of Thailand (EGAT), and who could have been jailed for 42 years, was told the news today.

At a meeting with the Colonel Supatee Superintendent of Pattaya Police and the  Deputy Chief of Thai Police Region 2 and Colonel Aomsin of the Woman and Children’s Protection Unit Hobbs was given an apology and told the charges had been dropped. The plight of Mr. Hobbs was exposed on this site.

In a major failure of the justice system (Name redacted) was accused of abusing two under-aged boys in Pattaya after being mistaken for American Steven Strike, an American wanted for child abuse in Maui, Hawaii.  He faced six charges of child abuse. Not one had any substance.

(Name redacted) had formed a company in Pattaya as an investment to sell fruit juice using special juice making machines.

Although the company car was in his name, he did not himself take part in the business and had no cause to visit it from his home in Bangkok apart from to check accounts.

The juice company had its address in Mid-Town Villas in Pattaya and  (Name redacted) partner rented the spare rooms above the business.  One of those rooms was rented by Steve Strike.

Two boys from local children’s home identified Hobbs as their molester. But there were clear breaches of identification procedure. Those breaches were compounded by the actions of US FBI agents who were waiting at Banglamuang Police station after Hobbs’ arrest.

The US agents did not tell their Thai counterparts that at the time of the alleged offences Steve Strike was renting a room in the building. Nor did they tell the investigating officers that Steve Strike was arrested there by Thai Immigration Police and handed to the US authorities at the request of the Federal Marshall Maui Fugitive Task Force.

Further, even when  (Name redacted)begged the US agents concerned  – one of whom Randall Devine was a high profile ‘expert’ on child abuse crime with his own LA based  internet TV programme – to tell the Thai police about Strike  – they all kept shtum

Two other agents involved were based at the US Embassy in Bangkok.

It is expected now, having re-interviewed the victims and reviewed their investigation that Thai Police will charge Steve Strike, and hand the prosecution over to the prosecutor in Maui, where Strike is now detained pending trial on other abuses.

(Name redacted)said today: “I am relieved it’s all over.  It’s too late to get my job back though. And my name is all over the internet as a paedophile so what future do I have.

“Had these FBI officers acted in the same way in the United States they would be in jail by now. They should go to jail. They have stolen my life.”

(Name redacted) said he understands that the Thai Police would be making a statement on the matter shortly.