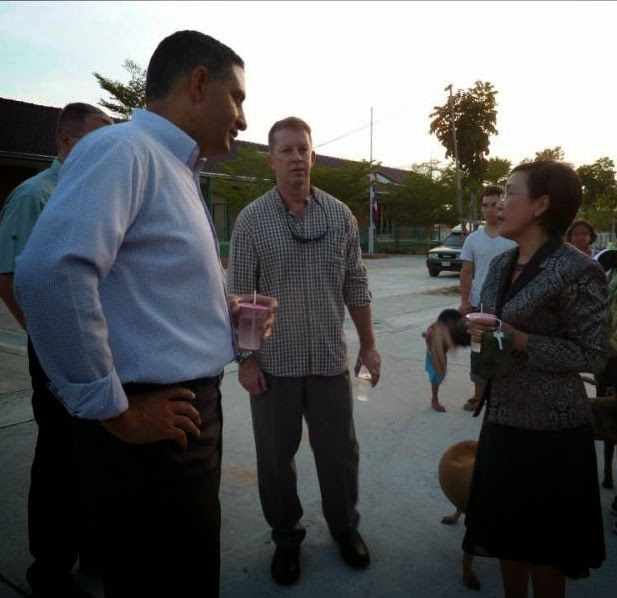 THE TRUTH ABOUT ARRESTS IS PUT UNDER THE MICROSCOPE –

The methods of policing child sexual abuse in Thailand have come under considerable scrutiny and now there appears to be a ticking bomb set to go off on the eastern seaboard where arrests of ‘paedophiles’ are under scrutiny.

At the centre of the current controversy are officers of the Banglamuang Woman and Children’s Protection Unit, a couple of police foreign volunteer ‘aids’ and a child protection centre, from which children appear to have been the subject of sexual abuse after ‘escaping’.

Figures put the number of children from one child protection centre involved in prosecutions in the region of sixty.  But they are being hotly disputed.

These relate to the fact that prosecutions in Pattaya involve children ‘under care’ and several are, it’s claimed ‘repeat victims’

At the centre of the current enquiry is an electrical engineer, who claims he was falsely arrested and accused of abusing two under aged boys in Pattaya.

He has since been given his 300,000 baht bail back and is waiting for charges to be formally dropped.

The only evidence linking him to any child abuse is that a truck he had bought for a juice company, in which he was a partner, was parked outside one of the alleged rooms where child sex abuse, with a young Thai and a young Cambodian boy took place.

But (name redacted) was also identified by the two boys, one Thai and one Cambodian. The Cambodian has now withdrawn his statement. There is no evidence that Hobbs had ever stayed at that apartment.

(Name redacted) is determined not to let the matter go. He has demanded an investigation into his wrongful arrest, and has commissioned lawyers and investigators to get to the bottom of the matter.

He claimed he was told at the time of his arrest that the victims gave reliable witness testimony as they had done so before.

He claims he was fitted up by the FBI who assumed he had rented a room in the house in question, from which US citizen Steve Strike was taken last December and sent back to Hawaii to face child sexual abuse charges.

The FBI’s involvement has been highlighted in earlier stories linked at the bottom of this page.

Charges against xxxxx have not formally been withdrawn.

But now investigators employed by Hobbs are focusing on several factors:

* The conduct of independent child protection agencies in particular a home set up to save children from trafficking.

xxxx has made a formal complaint about his treatment and wants an investigation into what happened to him. The Thai Police Child and Protection Unit have asked him to withdraw his complaint, which he has not done.

Their view is that this was a case presented to them by the FBI.  xxxx agrees but insists that as they were the investigating authority they are also to blame.

Sudarat Sereewat of the Fight Against Child Exploitation Foundation said that xxxx was entitled to sue both the Thai and United States authorities. But she said that the home referred to was not to blame and would rigorously defend any action or allegations made against it.

In the last year mistrials have been ordered in two high profile cases of child sexual abuse.  In the case of American Greg Miller, from Madison, Wisconsin, it’s alleged the allegations were made by a jilted girlfriend. She has now reportedly admitted she made up the claims for a promised reward.

In the second case involving Briton Ian Tracey, from Surrey, the alleged victim denies there was any sexual abuse. He said he was threatened with prison unless he made a statement, which he did.

But in court he denied there was an offence.  Tracey was acquitted but the prosecution appealed and Tracey was found guilty in his absence.

It is also claimed that a significant number of child sex abuse cases are settled at a ‘local level’. And that, its alleged, involves payments to police.

Tracey was the subject of a controversial video in which fake lawyer #BrianGoudie admitted that he had reported him to police.

Tracey had acquired Goudie’s services believing he was a genuine British barrister but they fell out when Tracey warned another client Barbara Fanelli Miller that she should get receipts for everything from Goudie and not to put too much cash up front.

Tracey had actually acquired Miller as a client for Goudie as he Tracey was a prison visitor to Nong Plalai Prison on the outskirts of Pattaya.

Amongst the evidence being examined supporting claims of police ‘enrichment’ are messages demanding 1 million Thai baht with a bank account to which the cash can be sent. But the messages do not come directly from police but a foreign volunteer who may have been acting opportunistically.

xxxx has been advised it may be problematic taking on the Thai authorities. But he says: “My life has been ruined. I have been labelled a paedophile on websites around the world.  Who do you think is going to give me a job once they have Googled me?’