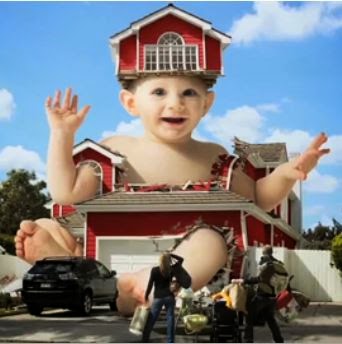 AND COMPUTER FILES NEEDED FOR ALIBI WIPED IN US EMBASSY POSSESSION

‘SET UP AS A CHILD ABUSER’ (contd)

A celebrity FBI agent withheld information and computer files which provided alibis were deleted after an American was falsely arrested on child sexual abuse offences in Thailand, it is now claimed.


Both actions could have left  (Name redacted) with a prison sentence of 42 years as a paedophile; his life totally and utterly destroyed.

Randall Devine a celebrity Los Angeles based agent, who stars on videos on the website ‘KidsintheHouse’ giving advice to parents on child sexual abuse dangers and internet grooming, was present after the arrest of (Name redacted) in Pattaya in June nearly 18 months after two young boys say they were sexually abused in a city apartment.

The arrest was made at the request of the United States Embassy Regional Security Officer and in such cases all law enforcement officers including those from the FBI, ICE, and DEA are likely have known.

Strike was escorted back to Hawaii by US Marshalls, while xxxx was arrested for child sexual abuses. He faced 6 charges with a penalty of seven years each,

But he lived in Bangkok and his main connection was that he had an invested in a fruit juice business below the Mid Town Village apartment off which was actually  rented by Strike.

A secondary but weak connection was that  (Name redacted) had bought the delivery vehicle for the ‘Big Juice’ company – which was always parked there – and by which the victims are believed to have identified the apartment.

But when he asked Randall Devine to tell the Royal Thai Police Region 2 officers about Strike he said: Randall replied: “Oh we know all about Strike” – and said nothing to the Thai Police of the Woman and Children’s Protection Department.

Above is the blurb for him when he took part in a seminar when he gave a speech on ‘Human Trafficking and Sex Tourism – the FBI perspective at a FBINAA ‘Re-training Conference’ in Nepal last year.  (FBINNA – FBI National Academy Associates)

The issue was compounded when lawyers representing(Name redacted)  spoke with the prosecutor in Hawaii about interviewing Strike on remand to see if he would talk about his activities in Thailand.

According to lawyer William Harrison Devine told the prosecutor that he and Strike could have been room-mates – and any potential deals with Strike were off.

Devine would not fly to interview Strike until he knew Strike had given a ‘proffer’ – a detailed statement of what he had been up to in Thailand.

But lawyers for Strike would of course asked for immunity from further prosececution and perhaps a plea bargain too.

That ‘room mates’ suggestion by Devine was enough to indicate that his earlier inaction was no accident.

FBI agents in Bangkok going by the initial CD and CC also ignored requests by xxxx to pass information about Strike’s arrest to the Thai Police.

Although Thai Immigration Police knew because they arrested him, there would be no reason to inform other Police in Region 2 as they merely collected Strike, cancelled his visa, and handed him over to US Marshalls to take back to Hawaii.

But worse; the back up files which (Name redacted) provided to the FBI provided showed all his email and other computer activity, and thus potential alibis for xxxx disappeared from the drives during their one month in US custody.

More specifically when he got his computers back he found that all but 17 files between November 15 2012 and January 2013 had been erased. Critically these are the two dates between which he is alleged to have abused two young boys.

xxxx’ computer had been taken by the Thai police. But not trusting them xxxx took his back up files to the American Embassy in Bangkok so they could verify what he said he already knew – there was no evidence to suggest he was involved in sex with minors.

With all his private info in the hands of his prosecutors his situation was precarious. But Thai Police handed his computer back after finding nothing incriminating. 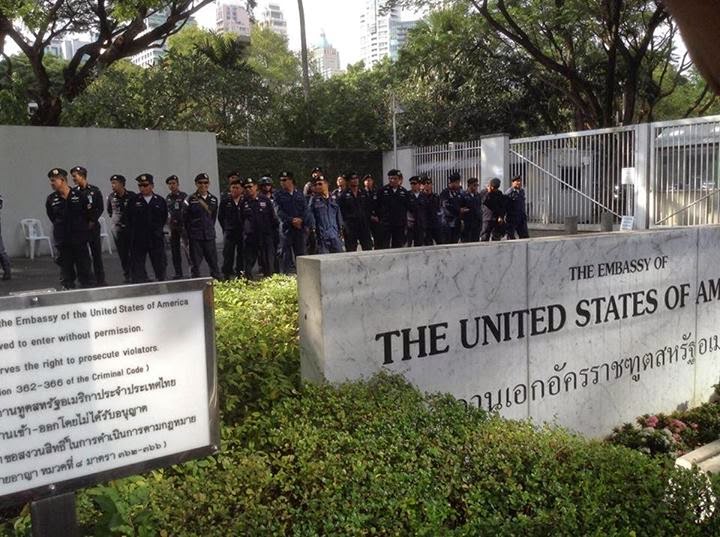 Now claims xxxx who has dual Canadian and US nationality: “The Thai police made mistakes – but what the US authorities did was a lot worse. It has the makings of a conspiracy. When this is all over I am seriously going to reconsider my US citizenship.”

The first time and only time he was allowed into the the American Embassy to see the FBI, he said he was told by an agent that they would demand he undergo a lie detector test. xxxx immediately agreed.  And he said he continually asked to take up their offer. But  FBI dropped the subject.

He was never welcomed back. His sms pleas were ignored. And replies to phone calls were almost monosyllabic.  ‘Don’t call us. You are under investigation.”

So from the moment of xxxx’s well publicised arrest until the present day the the FBI refused to tell investigating Thai Police that Immigration Police from Bangkok had at the U.S. Embassy’s request arrested wanted US child sexual offender Stephen Strike at the apartment during the vital period. This is confirmed by Thai police officials.

xxxx had had his computer analysed at Pantip Plaza in Bangkok. When he asked FBI officials what had happened to the missing files he got no reply.

High level talks have been held among law enforcment officers in Chonburi and Pattaya and xxxx has been interviewed by Police Colonel Supatee Boonkrong the superintendent of Pattaya Police who had been installed by the army led National Council for Peace and Order with a brief to fight corruption.

There appears to a general consensus that something seriously went wrong.

Sudarat Sereewat, General Secretary of the FACE Foundation (Fight Against Child Exploitation) , member of the National Committee on Human Trafficking, and also on the Development Committee to Develop Methods for Child Protection also met with Mr. xxxx (Thursday)

It is expected that the charges will be withdrawn against xxxx in the next 48 hours.  Ms Sudarat said she was concerned at the turn of events, in particular the methods of identification, and the FBI’s secrecy.

She was also further concerned at the publicity xxxx received when he was arrested and provided information as to what he could do to restore his good name.

She told xxxx that she was personally not proud of the police action. But had the US authorities notified the Thai authorities about the history of the apartment in question it is unlikely the case would have been proceeded with, she said.

In her role she had asked for the two boys to be re-interviewed at the children’s home where they were being cared for and there were enough discrepancies in their accounts to caste serious doubts on the case.

Several enquiries needed to be carried out particularly over identification methods.

Strike’s computer which was not requested by the US authorities will be examined.