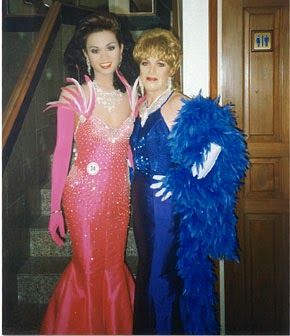 The Thai Supreme Court has as expected issued an arrest warrant for British journalist Andrew Drummond (the owner of this site) for failing to attend a hearing on a final judgment on a libel case brought by James Lumsden, former joint proprietor of ‘Boyz Boyz Boyz’ Club in Pattaya.


This is a the usual formality when defendants do not turn up for Supreme Court readings, and as Andrew Drummond is not in Thailand does not have much bearing.

“I had previously been acquitted of this case and one other brought by Lumsden, now owner of the Baan Souy Hotel in Pattaya, by the Appeal court.

“At the time the decisions were applauded by the FCCT and the British Association of Journalists.

“I have already announced my departure from Thailand with my three children aged 7, 5 and 2 due to threats to our safety.

“Along with migrant rights worker Andy Hall and journalists Alan Morison, I have been supported in statements by the European Union, British Ambassador and Foreign Correspondents Club of Thailand against criminal libel and Computer Crime libel actions.

“The issue of the arrest warrant does however allow for the reading of the judgment at a later date.

‘The Supreme Court has already reversed one judgment in ,my favour ruling that a story in the Bangkok Post  headlined ‘Lock Stock and Two Smoking Boyz’ was libelous to Mr. Lumsden a well-known drag queen and businessman in Pattaya – and supporter of the Pattaya Gay Festival.

“The first story was published in the Scottish Sunday Mail and Lumsden took no action against that newspaper. Had he done so and was successful he could have expected damages in terms of hundreds of thousands of pounds.

“While the appeal court threw the case out several years ago, the Supreme Court ruling came as a complete surprise.

“In that case against me Lumsden produced a report from the Chonburi Police stating that they had visited ‘Boyz Boyz Boyz’ and they found no evidence that it was a commercial sex venue. Boyz Boys Boyz has in fact been the biggest gay commercial venue in Pattaya for decades.

” I had accused Lumsden and his partner Gordon May, who did not sue, of defrauding two major investors of their company out of in excess of £250,000 each.

“Victim Number One was Iain Macdonald, a young Scot and son of  a former Provost of Inverness who invested some 10 million baht in the Bodisorn Company which owned ‘Boyz Boyz Boyz’.

“He was removed as a director after he died in a fire in the Ambience Hotel, also owned by Bodisorn. A supposed investigation gave the cause of fire as a cigarette in Macdonald’s room. He did not smoke.

“May and Lumsden used a false will showing he had left his estate in Thailand to Supan Kampanya, the Thai boyfriend of May. But Supan got nothing. May and Lumsden merely took over his shares.

“Victim No 2, was Kevin Quill, from Halifax, Yorkshire who put another £300,000 into a business Lumsden and May in Boystown called ‘Patika’ which owned establishments called ‘Throb’ and ‘Splash’ in Pattaya.

“Kevin Quill was arrested at a road-block which appeared to be set up merely to stop his car as he left to go to the airport.

“He was returning to Britain and had decided to bring with him a staggering 200 cartons of Benson and Hedges cigarettes which he had acquired through May’s immigration contacts.

“In one pack  in one of the 200 cartons police found over 90 ‘yaa baa’ pills. Despite the admittance by Police General Noppodol Somboonsub to the British Embassy that Quill was the victim of a ‘frame-up’ he was jailed for six years. No other cartons were opened. The British Embassy wrote a letter confirming the ‘frame up’ but no British official bothered to turn up in court to testify.

“The arresting officers drank ‘whisky and black’ at Boyz Boyz Boyz the night after Quill’s arrest, a fact admitted by May, and Lumsden and May then removed him as a director, took his car, and converted his penthouse apartment into rooms to let while he was in custody.

“Quill however was released on bail and got his money back after Lumsden and May failed in their attempts to have him convicted of bringing false charges against them.

“But the condition was that he would sign a statement saying they were not guilty of any criminal offence – a ploy often used by Drew Noyes.

“Truth will never die. I have sent the original Supreme Court judgment for independent scrutiny by a pro-bono barrister in London.

“I would say initially he is confused and that may be an understatement.
.
“The Supreme Court has discredited Quill’s testimony, because he was convicted of the drugs offence.

“Pretty much everyone who knew Quill knew that he had absolutely no connection with drugs. This has been a pretty disgraceful period in law enforcement and  application of justice in Pattaya and Thailand, but I cannot say it is unusual.

“The judgment further stated that people who read the article would form the opinion that May and Lumsden might have been responsible for Macdonald’s death. While I admit this is possibly true and it has certainly crossed my mind many times, it was not suggested in any way in the article and thus the judgment is based on imagined circumstances.

“People reading my article would have come to the conclusion that these men had few scruples.  The money with which ‘Boyz Boyz Boyz’ was founded without doubt came from an Edinburgh property company Teague Homes which noted in its annual report that some quarter of a million pounds had been ‘misappropriated by Gordon May.”

“May was a director of that company. Lumsden was the company secretary.”

“I have deliberately kept all records on this case and that means the matter will not rest.”

The
Professional Committee of the Foreign Correspondents Club of Thailand
has asked me to write to you to register its surprise and grave
concern at the recent prosecution of Andrew Drummond,
a British correspondent accredited to The Times of London.
Mr
Drummond was sentenced in a Pattaya court on 30 September to a
fine of 20,000 baht and a two-month prison term suspended for two
years. The court found him guilty of libeling a British national,
James Lumsden, who operates, amongst other enterprises, an entertainment
establishment (“Boyz, Boyz, Boyz”) and hotel (Ambiance)
in Pattaya.
We
understand that Mr Drummond plans to appeal against the ruling once it is
actually handed down. Please be assured that the FCCT’s professional
membership intends to give him all appropriate support in this
endeavour.
Our
many concerns about this case include the following:
*
By what authority it is not clear, Mr Drummond was threatened with
immediate deportation in a holding room at the courthouse before he had an
opportunity to lodge his appeal. This was prevented by the timely
intervention of his lawyer.
*
The Bangkok Post, which published the allegedly defamatory article, has
been acquitted.
*
No legal action has been taken in the United Kingdom against newspapers
which carried very similar articles by Mr Drummond about the
same individual and his colleagues.
*
Mr Drummond is facing further charges in Thailand, both civil and criminal,
brought by the same plaintiff which could result in his actual imprisonment.
* The
opinions of some very senior Royal Thai Police officers in matters
relevant to this case appear to have been ignored or overlooked.
The
FCCT Professional Committee will take a particular interest in
checking that all relevant documentation and testimony  has
been recorded, weighed up and incorporated into the
final judgement.
Please
be assured that as guests in your country, we respect all sovereign
laws relating to slander, libel and defamation, and fully support the fair
and transparent administration of justice.
Thank
you for kind consideration of this matter.
Yours
sincerely,
Costas Paris

Appeal Court
“The reporter publish news to the public and was merely suspicious of the plaintiff and Mr. Gordon May’s behaviour and whether they were involved in such incidents with Mr. Kevin Quill and Mr. Iain Macdonald. The actions of the 2nd Defendant were not of making up a story. It was the description of facts about foreigners doing business in Thailand and his performance was fair”.
Brave Scottish journalist!
New Statesman